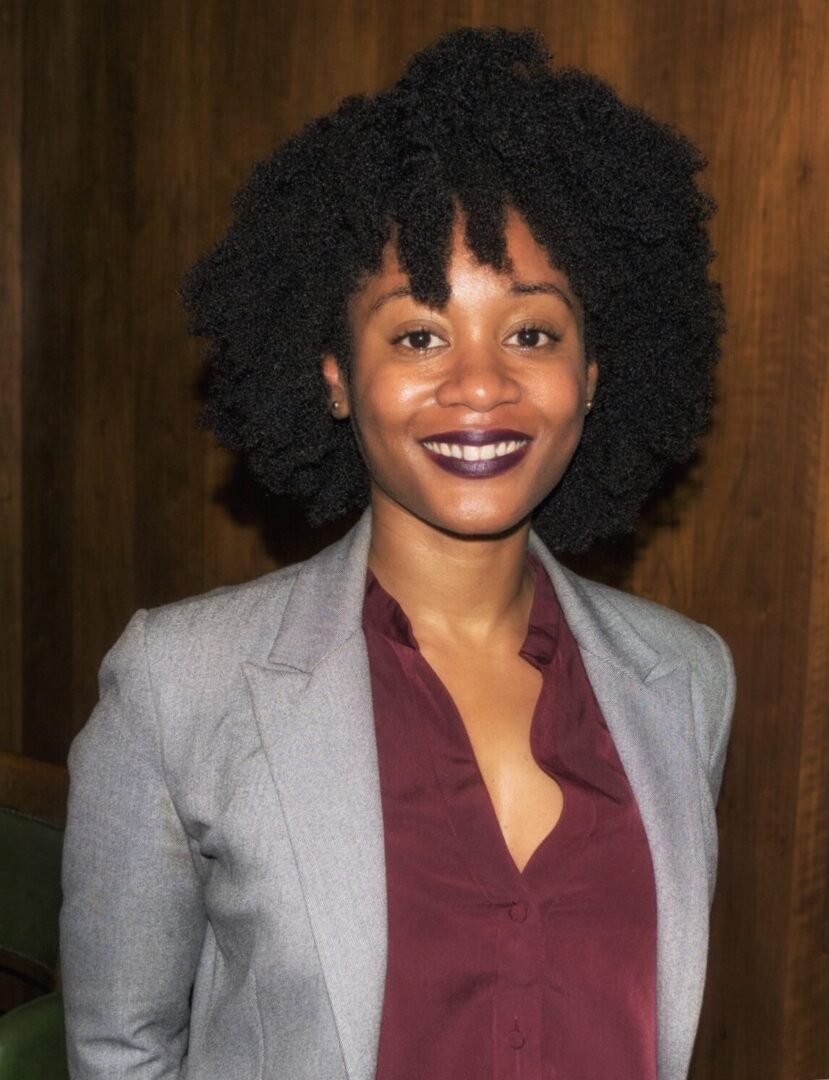 Natoya is honored to serve as President of BWBA. Natoya has served in various roles, including Vice President, Recording Secretary, Corresponding Secretary, Director, and has chaired many BWBA committees. As a co-chair of the Mentorship and Young Lawyers Committees, Natoya develops and organizes programs to create networking opportunities for new attorneys. Natoya has served as Brooklyn’s representative to WBASNY’s Awards, Criminal Law, Convention, and Domestic Violence Committees, and has served as co-chair of WBASNY's Professional Ethics, Discipline, and Practice Committee.  Natoya is an active member of numerous legal associations and has served on the Independent Judicial Election Qualification Commissions for the Second and Thirteenth Judicial Districts.  She is a 2019 Recipient of 40 Stars under Forty Award by Schneps Media, and a 2019 Recipient of Champions of Justice Honoring Women in Leadership of Law and Administration of Justice Award by the Brooklyn Eagle.

Natoya was born in Saint Ann, Jamaica, and immigrated to the United States at 14 years old.

Welcome to the Brooklyn Women's Bar Association! Thank you for your support.

I am honored to serve as President for the 2020-2021 membership year.  I invite you to read about my theme for the year in my President's Message.

I encourage you to share your thoughts and suggestions on how we can continue to serve our membership during this time.

The Spring Sing with the NYC WBASNY Chapters

Annual Meeting: 2021 Election of Officers & Board of Directors 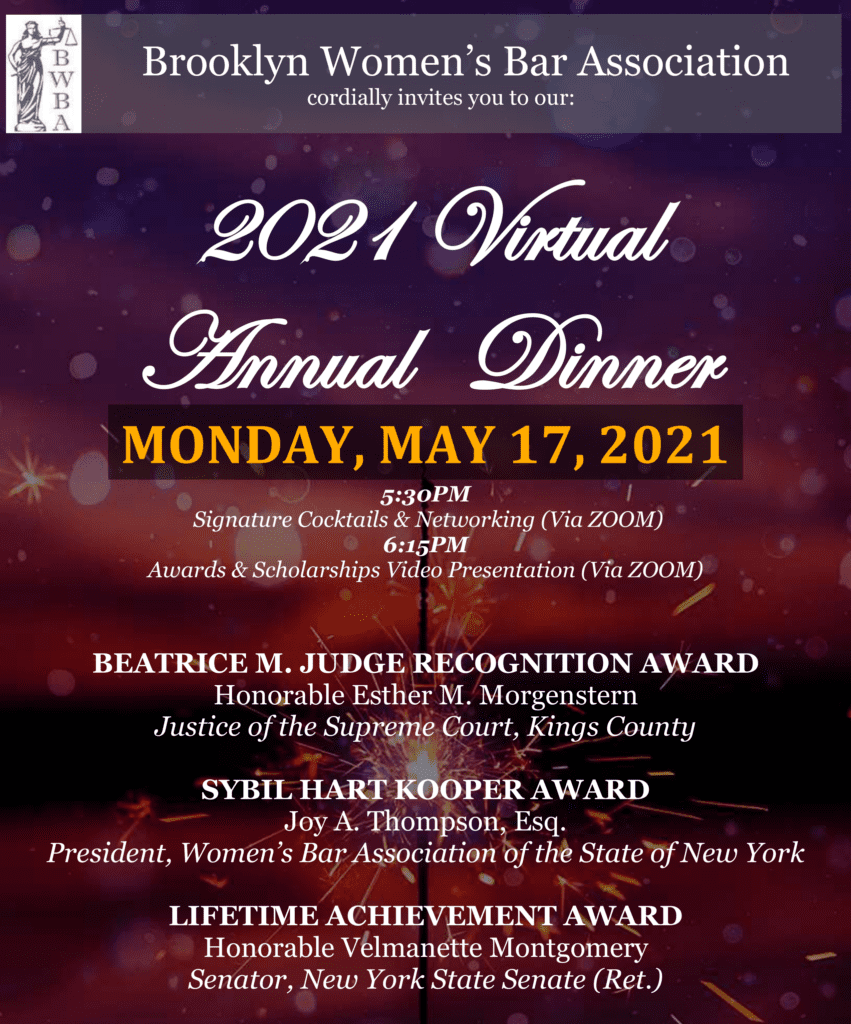 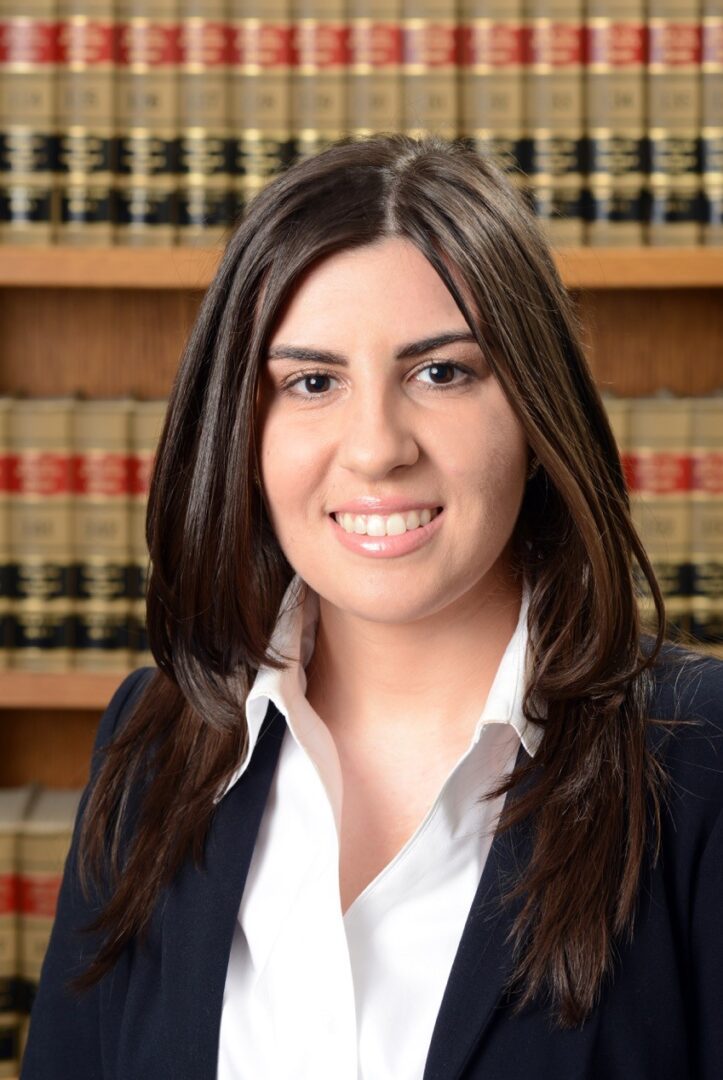 From the inception of Maria’s career in law, she has practiced exclusively in the areas of matrimonial and family law. Maria prides herself on having an exceptionally strong work ethic that is a benefit to both her clients and firm. Maria is the associate who can always be counted on to be there no matter what to get the job done efficiently and correctly.

Maria earned her Juris Doctorate from Brooklyn Law School in May 2016 and her undergraduate degree at Fordham University in May 2012. During law school, Ms. Ficalora interned for Justice Jeffrey S. Sunshine, Civil Term Supreme Court, Matrimonial Term. After this internship, she became the law clerk at the boutique law practice, Caruso Caruso & Branda, PC, and then at Abrams Fensterman, where she eventually joined the firm as an associate upon her graduation from Brooklyn Law School.

Brooklyn Women's Bar Association is a chapter of: