The terms of office for the BWBA Presidents from 2006 to Present are as follows:

A century ago, on April 11, 1918, nine dynamic women lawyers united to form the Brooklyn Women’s Bar Association (BWBA) for the purpose of achieving equality, diversity, fairness and opportunity for women lawyers and all women.1  Since then, the Association has grown to include over 400 members and, through its affiliation with the Women’s Bar Association of the State of New York (WBASNY), has spearheaded countless advances for women.  This article traces the history of the BWBA from 2005 to the Association’s centennial in 2018.2

From 2005 onward, the Brooklyn Women’s Bar expanded its impact beyond legal circles and reached out to help the Brooklyn, New York State and other outside  communities, particularly on matters relating to the health and safety of women.  By 2005, our year-end holiday party had become a tradition whereby the Association donated hundreds of toys to children living at the Park Slope Safe Home for Women, a domestic violence shelter.  In 2006, during Meredith Lusthaus’ presidency, the Association also started raising funds by conducting a silent auction at that year-end event to benefit that same shelter.  Additionally, a BWBA cell phone drive collected more than 45 phones that were refurbished by Verizon and distributed to victims of domestic violence. 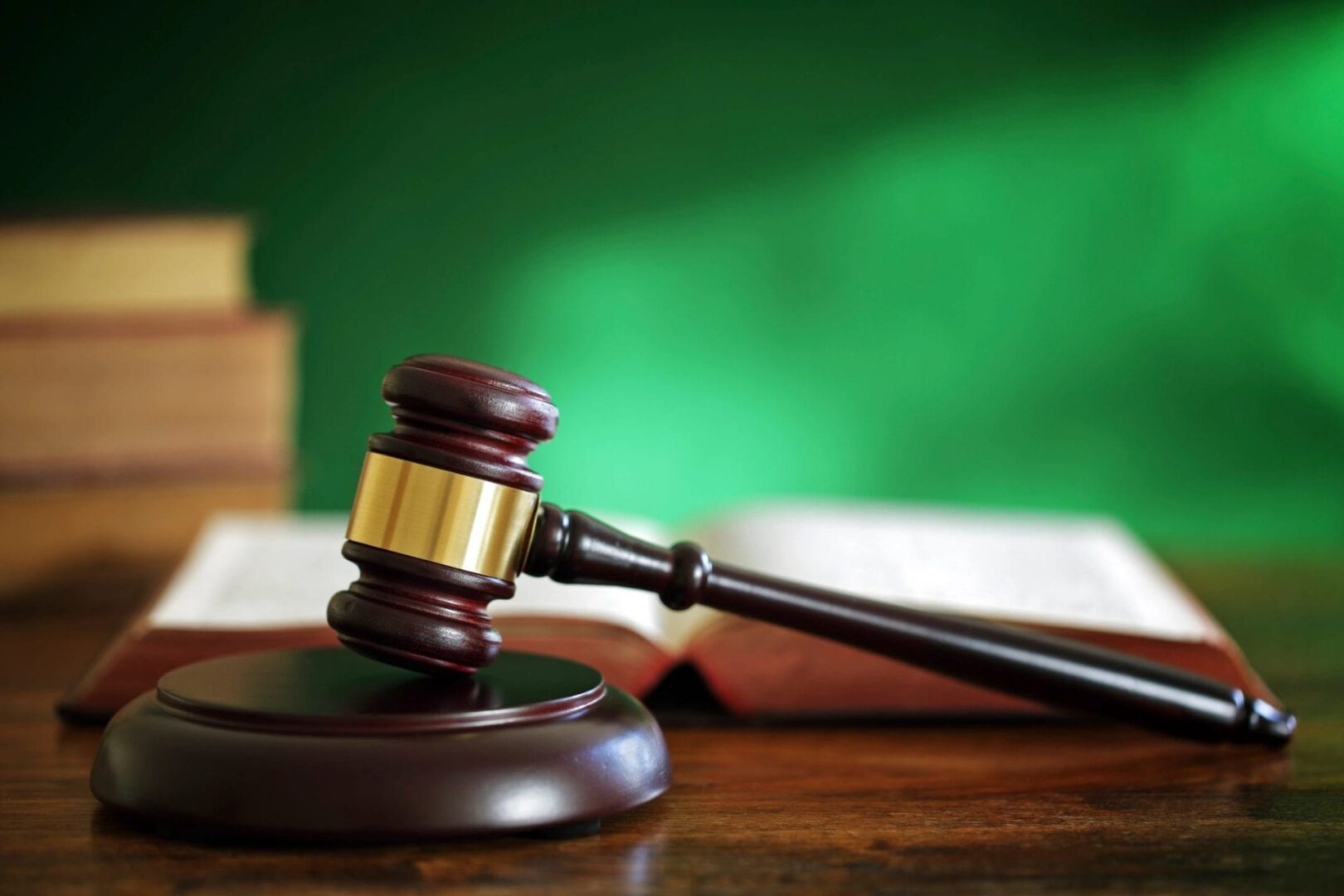 Association members raised thousands of dollars for the fight against breast cancer by participating in the annual “Making Strides Against Breast Cancer Walk” in Prospect Park.  Most recently, in 2017, President Sara Gozo led our first heart-healthy event to promote awareness of heart disease, the leading cause of death of women in the United States, and to donate money to the American Heart Association.

National and international events have shaped the Brooklyn Women’s Bar’s programs and activities.  The 2007- 2008 global financial crisis was the most serious economic crisis since the Great Depression of the 1930s.3  Law firms laid off thousands of associates while governments slashed budgets, reduced their workforce, and froze salaries.  Pamela Elisofon, who served as President during the financial crisis, responded to the dire economic situation by offering a continuing legal education (CLE) seminar dealing with employment loss.  Networking became an essential component of our monthly membership meetings in an effort to ensure that lawyers had work to sustain them through this difficult period.  Later, in 2010, as the economy slowly began to improve, the Association presented a seminar series entitled “The Savvy Female Investor” to help members make wise financial choices during this still-uncertain economic period.

After Haiti was struck by a 7.0 earthquake in January 2010 and hundreds of thousands of people died or were injured, the BWBA teamed with the Brooklyn Bar Association (BBA) and the Metropolitan Black Bar Association to host a fundraising reception benefitting the victims.4 That February 2010 event raised over $10,000, which was donated to Doctors Without Borders USA, the Red Cross Haiti Relief Fund and the Salvation Army Earthquake Relief Fund.  Additionally, the BWBA, together with the BBA, the Brooklyn Bar Association Volunteer Lawyers Project, and Brooklyn Defenders Services, co-sponsored a special CLE program entitled “Haitian Immigration Legal Assistance Program Volunteer Attorney Legal Clinic.”  The program trained lawyers in immigration law and temporary protected status (TPS) so that attorneys could assist members of the Haitian community in applying for such status.

In late October 2012, Hurricane Sandy (unofficially referred to as “Superstorm Sandy”) became the second costliest hurricane in US history, affecting 24 states, including the entire eastern seaboard from Florida to Maine.5   BWBA President, Justice Sylvia Hinds-Radix recalls, “New York City streets, tunnels and subway lines were flooded and power was cut in and around the city.  People lost their homes, their cars, and some lost their businesses.”  The Brooklyn Women’s Bar again joined the BBA’s Volunteer Lawyers Project and the Metropolitan Black Bar Association, this time in providing legal assistance to those who sustained property damage and other losses.

The BWBA, ever-mindful of the importance of educating the next generation on the significance of the rule of law, developed relationships with various local educational institutions.  Association members visited Brooklyn middle schools on Law Day in 2007 and addressed students about the practice of law and substantive legal issues.  In February 2009, President Hemalee Patel conducted a mentoring program at Brooklyn Law School during which members discussed career paths, job searches and networking with law school students.   A BWBA Scholarship Committee invited second-year law students from six local law schools to apply for the BWBA Law School Recognition Award and a $500 scholarship.  The first recipient of the BWBA Scholarship, awarded in June 2010, was Andrea Puleo from Brooklyn Law School’s class of 2011.

In March 2014, the BWBA, at WBASNY’s urging, started participating annually in the National Education Association’s program, “Read Across America.”  This nationwide reading-motivation event celebrates Dr. Seuss’s birthday.  BWBA members, including judges, donned tall, striped Dr. Seuss hats, contributed funds for goodies for each child, including their own book, a tote bag, bookmarks, stickers and more, and read to a first grade class at P.S. 274, an elementary school in Bushwick.  The Hon. Joanne Quinones, a BWBA Past President who initiated this event in Brooklyn observed, “Participating in ‘Read Across America’ gives our judges and lawyers a unique opportunity to foster a love of reading among children while simultaneously introducing and exposing them to careers in the law.  It is a wonderfully rewarding experience that our members look forward to as much as the children.”

The dozen years leading to 2018 marked a number of “firsts” for the BWBA. Association board member John F. K. Coffey became the BWBA’s first male delegate to WBASNY’s board in 2017.  In view of the continued growth in membership and the increased efforts involved in managing our finances, the BWBA hired its first, and so far only Executive Director, Jennifer Fiorentino.  The Association, led by President Lisa Schreibersdorf, also amended its bylaws in 2012 to add the position of President-Elect in order to streamline the transition between BWBA Presidents.6  Under the stewardship of BWBA President, Justice Marsha Steinhardt, the Association started its annual “Lunch with the Ladies of the Appellate Division” program at 25 Monroe Place in 2014, enabling BWBA members to network with the women (and attending male) justices on the Second Department bench.

The Association’s continuing legal education (CLE) programs tracked the most recent developments in the law and technology.  Among the programs was a seminar instructing attorneys on how to use newly popular online social media and networking services, such as Facebook, LinkedIn, and Twitter, to further their law practice.  An Ethics CLE class also addressed ethical challenges created by misusing the new technologies.

In addition to CLEs, the Association arranged other opportunities for members to exchange information and advice.  In 2014, BWBA President Holly Peck revitalized an important membership networking opportunity, the “Lunch with a Judge” program.  According to Holly, “these lunches provided an ‘up close and personal’ interaction with the judge, both as a jurist and as a person.  Attorneys, particularly newer attorneys, obtained a better understanding of the judge and were then more at ease when dealing with the judge professionally.”  Those lunch meetings with Brooklyn judges were initiated by Past President Elaine Avery in 2000 and grew to be a monthly event under Pamela Elisofon’s leadership in 2008 - but later became dormant until Holly revived them.

The Brooklyn Women’s Bar recognized some of its outstanding members by creating several new awards.  In 2015, the BWBA, led by President Helene Blank, created the Amy Wren Award.  This new award was named for the Association’s first President who was also a founder of the Association, a suffragette, and one of the nation’s first female federal commissioners.  The Amy Wren Award recognizes a BWBA board member who is dedicated to the practice of law and who makes significant service contributions to the Brooklyn community, at large.  Board member Angelicque Moreno, an accomplished trial attorney who is committed to supporting children’s rights and the Brooklyn community was its first recipient.  In 2016, the BWBA established the Joanne Minsky Cohen Award to honor a BWBA board member who has made extraordinary contributions to the Brooklyn legal community.  This award is named after board member Joanne Minsky Cohen, a longstanding pillar of the Association, who has devoted her life both to public service in the court system and to the fight against breast cancer.  Its first recipient was the Hon. William C. Thompson, who has served as a state senator, a City Council member and an Appellate Division judge.  He was also a founder and former President of Judges and Lawyers Breast Cancer Alert (JALBCA) and the spouse of the late Appellate Division Justice, the Hon. Sybil Hart Kooper, whose 2002 death from breast cancer inspired the creation of JALBCA.

Membership increased dramatically during the years leading to our centennial, necessitating additional BWBA delegates on WBASNY’s Board.  This larger WBASNY representation gave the BWBA a greater voice on legislative matters and other issues of statewide and national significance.  During Helene Blank’s tenure as President in 2015 - 2016, Association membership grew to 440, making the BWBA the third largest WBASNY chapter with seven WBASNY delegates on the WBASNY Board of Directors.7  In 2016, the Association’s increased membership required the relocation of our Annual Dinner.  For decades, the Annual Dinner had been held at the Brooklyn Botanic Garden, but now was moved to the Liberty Warehouse Restaurant in Red Hook.  This new venue easily accommodated the large number of attendees and offered magnificent views of the Manhattan skyline and the New York harbor.

Members are an essential part of a bar association that stands at the forefront of the effort to improve the rights of women in New York State and beyond.  Simply by paying membership dues, anyone who joins the BWBA exerts a profound impact on women, women lawyers and on the Brooklyn community.  As the Brooklyn Women’s Bar Association enters its 100th year, dynamic Centennial President Michele Mirman has orchestrated a series of celebratory events and programs for members that will propel the Association into a new century of advancing women’s rights.

The Association’s founders, Past Presidents, and members have all joined in making tremendous progress in the fight for equality by their involvement with the BWBA.  Despite this progress, women still encounter violence, discrimination, and institutional barriers to equal participation in society.  The goals of our founders, as articulated in the 1918 Certificate of Incorporation, still resonate.  For, as was stated by the Hon. Sandra Day O’Connor, the first woman Justice to sit on the U.S. Supreme Court, “Society as a whole benefits immeasurably from a climate in which all persons, regardless of race or gender, may have the opportunity to earn respect, responsibility, advancement and remuneration based on ability.”

The Brooklyn Women’s Bar Association looks forward to the challenges of its next century.